Bruce Jenner lucky to be alive after crash

Bruce Jenner and his son Burt are lucky to be alive after crashing into a ditch while taking part in the brutal Baja 1000 off-road race in the Mexican desert. 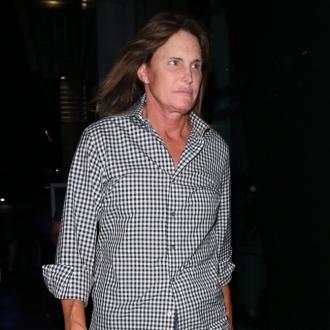 Bruce Jenner is lucky to be alive after crashing into a ditch.

The 65-year-old star and his son Burt ended up in the dirt after smashing their motor during the brutal Baja 1000 off-road race in the Mexican desert on Thursday (13.11.14), and while the pair escaped with cuts and bruises, Burt was seen wearing a catheter afterwards.

Burt took to Instagram to post a picture of the pair enjoying a well-deserved post-race drink and he added the caption: ''Well I don't want to say the race didn't go as planned, because it did... we had a blast, learned a ton about Baja, made a bunch of new friends who I will remember for life, didn't bend the truck (even though we went off twice) and we came home safe...''

The 36 year old - Bruce's oldest child with first wife Chrystie Crownover - also took to the social networking site to thank the crew members who helped fix their $1 million ride following their crash in the five-day event.

He wrote: ''In this picture is the group of people who helped us out in the middle of the desert when we broke the truck and offered us pizza and beer and radios... at this point after hours in the desert dad and I were starving, thirsty, and needed a radio to signal our race was over... they pretty much solved all or problems and made life good again. (sic)''

According to TMZ, The father-and-son pairing had to wait a few hours to get back on the road after their smash, which occurred around the 170-mile mark, but they eventually had to pull out of the race because they lost too much time due to the crash.

Several racers and spectators have previously been killed at the annual event, which costs at least $125,000 to enter, with trucks costing around $500,000.