Bruce Jenner: 'My whole life has been getting ready for this'

Bruce Jenner has reportedly revealed he's been waiting his ''whole life'' to transition into a woman in a teaser trailer for his upcoming tell-all interview with Diane Sawyer. 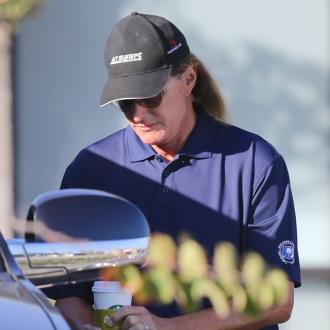 Bruce Jenner has been waiting his ''whole life'' to transition into a woman.

The 'Keeping Up with the Kardashians' star is reportedly in the process of transitioning from a man into a woman and in the first promotional clip for his highly anticipated exclusive interview with Diane Sawyer he can be heard speaking about his decision.

He says: ''My whole life has been getting ready for this.''

Although the former Olympic champion is yet to confirm reports about his plans to undergo gender reassignment surgery, his transition is said to be the sole subject of the upcoming interview.

The teaser for the two-hour-long feature - which is set to air on ABC on April 24 - promises ''the interview, the journey, the decisions, the future''.

In previously revealed details of the show titled 'Bruce Jenner', ABC said the interview would be ''far-ranging and exclusive''.

Meanwhile, the 65-year-old star - who has children Kendall and Kylie Jenner with estranged wife Kris Jenner and sons Brandon, Brody, Burt and Casey Jenner from previous relationships - is reported to have broken down in tears numerous times during his chat with the veteran broadcaster.

A source said previously: ''There are many occasions where Bruce breaks down and cries talking about his family and his transition. It was a tough interview for Bruce to get through.''