Bruce Jenner needs his own space

Bruce Jenner rents a house in Malibu because he needs time away from his wife, Kris Jenner, who mainly resides at the family compound in Calabasas, California. 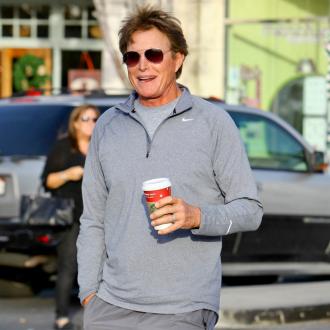 Bruce Jenner rents a house in Malibu because he needs his own space.

While his wife Kris Jenner resides at the family compound in Calabasas, California, Bruce has been spending an increasing amount of time at his new rented beach home because he needs time away from his spouse, but friends insist their marriage is still strong.

A source told OK! magazine: ''Kris and Bruce still love each other very much but sometimes Kris can just get a little too much to handle so Bruce distances himself. He is a relatively low-drama guy. Bruce just wants a place for some peace and quiet, it's all he really has ever wanted and hasn't had much of for the last few years.''

The couple - who have two daughters, Kendall, 17, and Kylie, 15, together - try to spend some quality time together at least once a week in a bid to keep their marriage healthy.

The source explained: ''She and Bruce see each other at least once a week, on the weekend.

''Kris has been really sweet lately. She bought him thousands of dollars worth of gadgets and toys, set up with her assistants all the necessities for the house, bakes so that he has brownies, lemon bars and all sorts of things at the house.''