Bruce Jenner has sent his ''heartfelt and deepest sympathies'' to the families of those injured or killed in a road accident he was involved in at the weekend. 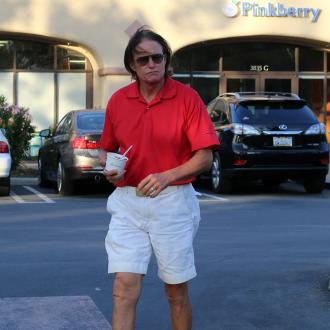 Bruce Jenner is ''praying'' for those hurt in a fatal car accident he was involved in at the weekend.

The 65-year-old reality TV star was involved in a four-car pile-up - which left one person dead and seven others injured - along the Pacific Coast Highway on Saturday (07.02.15) and has sent his ''heartfelt and deepest sympathies'' to the families affected by the incident.

He said in a statement: ''My heartfelt and deepest sympathies go out to the family and loved ones, and to all of those who were involved or injured in this terrible accident.

''It is a devastating tragedy and I cannot pretend to imagine what this family is going through at this time. I am praying for them. I will continue to cooperate in every way possible.''

It was previously claimed police were looking into the possibility that Bruce - who is believed to be undergoing a gender transition - was texting while driving but law enforcement insiders have now told TMZ they believe the Prius which was at the head of the line of cars made a sudden stop, causing a Lexus to crash into it before the 'Keeping Up with the Kardashians' star then hit the second car, shunting into oncoming traffic and hit by a Hummer which killed the driver.

The Prius driver initially told police she stopped at a red light, despite being 300 feet from it, causing officers to believe she was making an illegal U-turn.

Bruce has already passed a sobriety test, which was taken at the scene of the accident.