Bruce Jenner's ex-girlfriend was ''really shocked'' when she heard about his plans to transition to a woman. 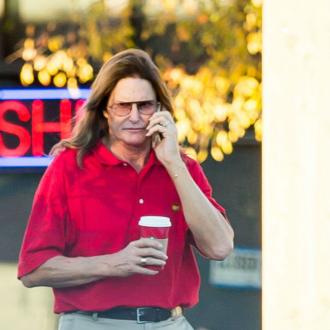 Bruce Jenner's ex-girlfriend was ''really shocked'' when she heard about his plans to transition.

The 65-year-old reality star is believed to be undergoing a gender reassignment and Michelle Rosenthal, the former Olympian's high school sweetheart, never expected him to make the decision.

She said: ''I would never have thought that in a million years, knowing him from high school.

''When it came out in the paper that he was thinking of this, I think everyone was really shocked.''

However, Michelle - who went to school with Bruce in Connecticut - thinks the 'Keeping Up with the Kardashians' star has changed a lot since they dated.

Speaking on CBS' 'Inside Edition', she said: ''The Bruce I remember was happy-go-lucky. Nice guy, friendly with everybody, popular.

''The few times I've seen him on the TV show, he just didn't look happy.

''I don't know, he just definitely doesn't seem like the same Bruce.''

And while she was surprised by the news of his transition, Michelle hopes it means Bruce can finally find happiness.

She said: ''I hope he figures out what it is that he would like in his life. And I hope he finds happiness.''

Bruce is expected to speak publicly about his decision for the first time tomorrow (24.04.15) when his interview with Diane Sawyer airs on ABC.