The former decathlete hardly let Fallon get a word in edge ways as he took him down a peg for making fun of some unflattering pictures. 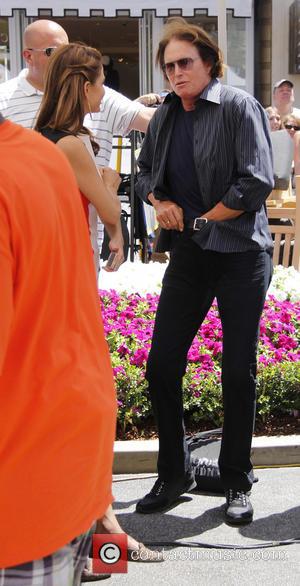 Bruce Jenner appeared on Late Night With Jimmy Fallon on Tuesday (June 4) night to discuss his career and the happenings of his extended family (because apparently we don't hear enough about them), but also went on the show with an agenda; to rip the host to pieces with a number of gags poking fun at the comic. The onslaught of jokes was all in good fun though, as Jenner was only trying to get his own back after Fallon made fun of his plastic surgery during last years London Olympics.

"I just want to thank you for finally having me on the show, and that I appreciate being on the show and now can I rip you apart," the former decathlete said to the host when he entered the stage, setting the tone for the rest of his time on the show which was less interview and more of a one-man show from Jenner, as he berated Fallon almost non-stop. He went on, "I'm not trying to hide anything. I had it done on camera, on our show. ... You guys go out there and what you end up doing, you end up taking the absolute worst picture of me... and then you make your jokes."

Jenner then pulled out a trio of photos of Fallon looking less than flattering to give the host a taste of his own medicine, with Fallon eventually apologising for his comments, as soon as he could get a word in edge way. Jenner then continued "I can take it. I try to do it with humor and wit. ... One of the late night guys, the joke was so funny, I'm sitting there just laughing so hard that actually my old face would've gotten tired," but he did have a word of warning for Fallon; that the latest edition to his family, Kanye West, doesn't take the jokes quite so well, saying "Kanye is really pissed -- my good friend Kanye, and you don't want to go there!"

The eighth season (yes, there's been eight seasons of it) of Keeping Up With The Kardashians premiered last week. Watch it at your own peril. Nevermind the face, what is going on with that hair?