Caitlyn Jenner was ''so disappointed'' not to be invited to her daughter Kylie's graduation in July. 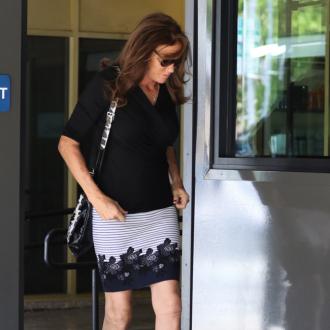 The 'I Am Cait' star - who was known as Bruce Jenner before her transition - was ''so disappointed'' to be left out of the milestone when her youngest child, now 18, left high school in July and felt particularly hurt as she had been so involved with her kids' education.

In the latest episode of 'I Am Cait', Caitlyn's ex-wife Kris Jenner said: ''One of the reasons I wanted to talk to you was because I don't want your feelings to be hurt like the other day. When I heard that you weren't happy about not being included in Kylie's graduation.''

The 65-year-old former Olympian, looking tearful, replied: ''It wasn't me making that decision. It was you making that decision. I was so disappointed in everybody. For 15 years of my life, I carpooled the kids every day. Some days, I would spend three or four hours in the car. [It's] a slap in the face when you don't even get invited to their graduation.''

However, Kris, 59, insisted she hadn't acted maliciously and was simply trying to protect herself following Caitlyn's tell-all interview with Vanity Fair magazine, in which she claimed the showbiz matriarch had known about her dressing in women's clothing, and implied she was controlling and ''mistreated'' her during their marriage.

Kris - who has another daughter, 19-year-old Kendall, with Caitlyn, as well as four older kids - explained: ''That's exactly how I felt with the Vanity Fair article. Because I spent 25 years of my life and 18 hours a day and blah blah blah.

''Listen, usually people that get a divorce don't do everything together.hjm It wasn't malicious, it didn't intend to hurt anybody's feelings, but my feelings still weren't healed.''