Caitlyn Jenner surrounded by all ten children on Fathers Day

The former Bruce Jenner - Caitlyn - celebrated her first Father's Day with all ten children from three ex-wives with a party at her Malibu house. 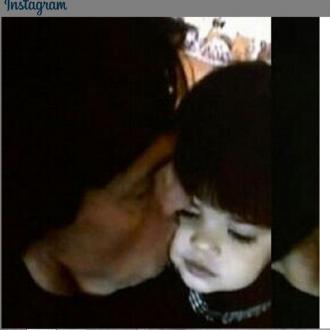 Caitlyn Jenner celebrated Father's Day (21.06.15) with all her children.

The former Olympian - who was known as Bruce Jenner before her transition - threw a party at her Malibu home which was attended by her six kids and four stepchildren.

And according to TMZ, it is unusual for all her offspring -

sons Brody, Brandon and Burt Jenner and daughters Cassandra, Kylie and Kendall Jenner, and stepkids Khloe, Kourtney and Rob Kardashian and Kim Kardashian West - to celebrate together as the boys and Cassandra rarely went to the events previously organised by Caitlyn's ex-wife Kris Jenner.

Caitlyn's fashion model daughter Kendall Jenner, 19, paid a moving tribute to her father on social media on the day.

She penned: ''My whole life this soul was my daddy and just because your appearance is different now doesn't mean you were any less of a father to me my entire life.

''Happy Father's Day to the person who raised me, and taught me everything I know, my hero.''

And 17-year-old sister Kylie Jenner uploaded an old picture of herself with Bruce and Kendall.

Using words from Caitlyn, she captioned the picture: ''Happy Father's Day my little light of sunshine 'You can still call me dad, Kylie. No matter what I'm always going to be your father. That's never going to change.' ''

Meanwhile, Khloe Kardashian - the daughter of the late Robert Kardashian - captioned an old photo of the two on Instagram: ''Thank you Lord for blessing me with not one phenomenal father but I was lucky enough to have two.''