Kim Kardashian West has revealed that her family are attending group therapy to help them cope with Caitlyn Jenner's transition. 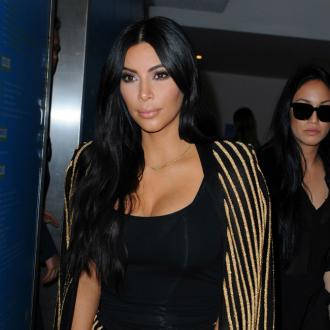 The Kardashian-Jenners are attending group therapy together to help them with Caitlyn Jenner's transition.

Kim Kardashian West has revealed the 'Keeping Up With The Kardashians' family are visiting a therapist, and her step-mother Caitlyn Jenner - who was formerly called Bruce - has taught her to ''be less judgemental'' in the sessions.

Speaking at the prestigious Commonwealth Club in San Francisco, the mother-of-one told the audience: ''Sometimes I think it's about Caitlyn, but it's the family around. We go to group therapy together. Caitlyn has taught me to be less judgemental. I'm just so happy that people have been so open to this change.''

Kim added Caitlyn ''appreciates'' how accepting people have been of her decision to become a woman.

According to the Mirror Online, the reality TV star said: ''The response has been overwhelmingly so positive. I hope people understand it, or have compassion. I hope people are non-judgemental.

''People have been so amazing and Caitlyn appreciates that so much. We showed everyone in the show because everyone has a different,

emotional, transition of their own to accept this.''

Caitlyn brought up Kim after her father Robert Kardashian died in 2003, and she went on to admit she knows he ''wouldn't approve'' of the naked shoot she did for the front cover of Paper last year.

Kim said: ''He would be so proud, though he wouldn't approve of Paper - and some other things!''