Calvin Harris and Taylor Swift were ''really happy'' during a romantic date in Los Angeles this week, where he acted like the perfect gentleman. 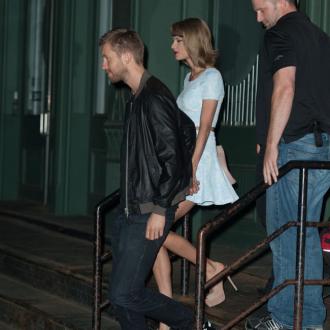 Calvin Harris and Taylor Swift were ''really happy'' during a romantic date in Los Angeles.

The Scottish DJ, 31, acted like the perfect gentleman after taking the 'Blank Space' hitmaker, 25, to Italian restaurant Giorgio Baldi in Santa Monica on Tuesday night (11.08.15), where he pulled out the blonde beauty's chair at the dinner table and later paid the bill.

The couple, who started dating in March after being set up on a date by mutual friend Ellie Goulding, ''were holding hands [and] sitting side by side at a round corner table'' throughout their meal.

The insider told E! News: ''They were laughing and being so cute together. She seems so so into him. They locked eyes for most of dinner. They seem really happy.''

Taylor recently insisted she would never change herself ''for the sake of a relationship.''

Asked if it mattered to her whether or not her friends - who famously include Karlie Kloss, Cara Delevingne and Gigi Hadid - got on with her boyfriend, she added: ''Oh, it's so important. In every friendship group, you've got one or two girls where you hear people say, 'Oh, she's so different around her boyfriend!' I never wanted to be that girl. So that was a huge goal of mine: never become someone else for the sake of a relationship.''