Calvin Harris has surprised girlfriend Rita Ora by dedicating a room in his LA home to her achievements. 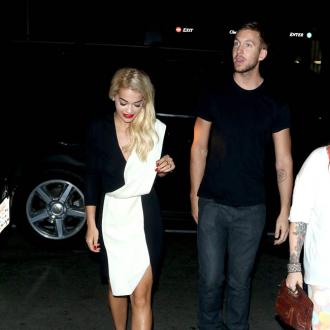 Calvin Harris has created a room dedicated to Rita Ora's achievements in his US home.

The Scottish DJ surprised his 23-year-old girlfriend by having an entire area in his Hollywood Hills mansion depict her impressive career achievements and she was ''blown away'' by the gesture.

A source told the Daily Star newspaper: ''Calvin went to the trouble of getting all of Rita's gold and platinum single discs mounted onto the wall in one of the rooms at his LA place.

''It has the platinum discs for 'R.I.P.' and 'How We Do' from Australia, the gold discs from 'How We Do' from the UK and New Zealand, and still photographs of Rita acting in the new 'Fifty Shades Of Grey' movie.

''He wanted to let her know how proud he is of her.

''Rita was absolutely blown away.''

And the 30-year-old star - who has been dating the 'How We Do' singer for over a year - has even left space for her future achievements.

The source added: ''And to show how confident he is in her continued success, he even left two walls blank.

''The plan is they can be filled with her future triumphs.''

Rita recently admitted the 'Acceptable in the 80s' hitmaker is the first person she's ever fallen in love with.

Discussing what is attractive about him, she said: ''There are so many things. The fact that he got something out of me that I never thought I had. Yes, like falling in love. I just didn't think I had it. I'd never experienced it before. And I was just like in the wilderness, thinking, ''Will it ever happen?' ''