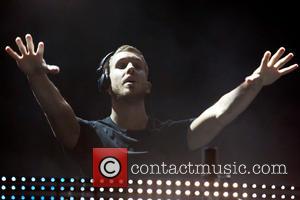 The new couple was spotted sharing kisses at a romance-themed club night in Las Vegas on St. Valentine's Day (14Feb13).

A source tells the New York Post gossip column Page Six, "(They) couldn't keep their hands off each other. The two were constantly laughing, kissing and holding each other throughout the night."