Calvin Harris has revealed his girlfriend Taylor Swift ''inspires'' him. 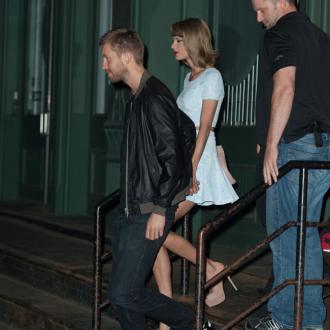 The Scottish DJ is smitten with the 'Blank Space' hitmaker but also admires her hard work and career achievements.

A source said: ''She's the only female on the planet he feels inspired by, because of what she's achieved.''

Despite their superstar status, Taylor and Calvin - who previously dated Rita Ora - shun a party lifestyle but still have a lot of ''fun'' together.

The source said: ''They're both pretty clean-living on the whole.

''Taylor is certainly less of a party girl than Rita, but they have fun and Calvin loves the people she brings to his gigs and when their friends meet up.''

Calvin already gets on well with Taylor's family and was seen enjoying one of his girlfriend's recent gigs in Dublin with her mother Andrea, father Scott and brother Austin.

Onlooker Suzie Dickinson told heat magazine: ''Calvin was so relaxed with her brother, they were having a great time.

''Andrea and Calvin started dancing at one point and he was singing along to all her songs, even the unknown ones.''