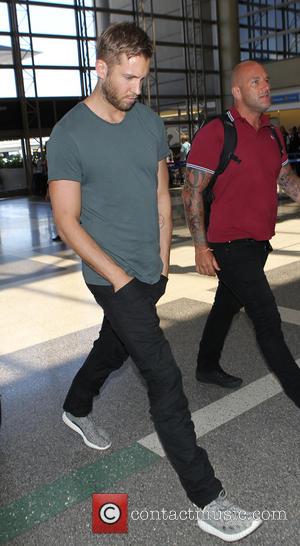 The spat began late on Monday (17Aug15) when Harris responded to one of Malik's retweets of a post from the account @FemaleTexts, in which Taylor Swift's comments on Spotify's treatment of artist royalties is compared to Miley Cyrus' comments shrugging off poor album sales when she stated, "I've made my money. If no one buys my album, cool. It's fine. I've got a house, and I've got dogs that I love. I don't need anything else."

The DJ appeared to object to the implication that his girlfriend is greedy, writing, "@FemaleTexts @zaynmalik You've made your money? Cool... f**ck the 99% of musicians who depend on these services to survive right? Yeah f**k em (sic)."

He added, "If u don't get what it means when a successful artist uses their celebrity to benefit every other musician and songwriter in the industry... stay out my f**kin mentions pls (sic)."

Angry Malik wasn't about to let the matter lie and responded, "@CalvinHarris ha you just made an absolute fool of yourself mate. You clearly didn't understand what I just said either... so i suggest you calm your knickers before them dentures fall out (sic)."

The dispute was over as quickly as it began, with Harris tweeting, "all good, it was the quote not you personally mate", before adding, "@zaynmalik best of luck, genuinely. You've got a great voice."