Calvin Harris is determined to stay away from his ex-girlfriend Rita Ora when they both go to Las Vegas this weekend. 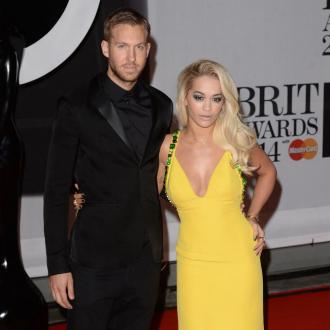 The 30-year-old DJ - who split from the 'RIP' hitmaker earlier this year - is worried about bumping into the 23-year-old singer this weekend in Las Vegas and is doing everything he can to stay away from her.

A source told the Daily Star newspaper: ''Calvin has been asking mutual friends to keep him in the loop of her plans so they avoid each other. He's been doing everything he can to avoid bumping into her.

''Calvin is in Vegas almost every week and feels like it's his turf. He doesn't want the pressure of worrying about seeing her.''

However, friends believe the 'Summer' hitmaker is more concerned about seeing his former flame with her new boyfriend Ricky Hil, the son of Tommy Hilfiger, whom she has been dating since the beginning of the month.

The insider explained: ''If Calvin bumps into Rita and she's with her new boyfriend, he'll be gutted. He wants to know which parties and events Rita is planning on going to so he can stay well clear. Calvin knows that if they accidentally end up in the same place, it'll be beyond awkward for the both of them.''

Calvin announced on Twitter in June that he'd ended his year-long relationship with Rita ''some time ago'', but wished her all the best in the future.

Rita then took to her account a week later to claim she had ''moved on'' from her former lover.

She tweeted at the time: ''I don't usually address speculation but I've had an incredible time with Calvin, and I will treasure the memories.

''I've moved on so I hope people will respect that and do the same.''