Calvin Harris has joined the line up for iTunes Festival 2012, appearing on the bill alongside David Guetta. 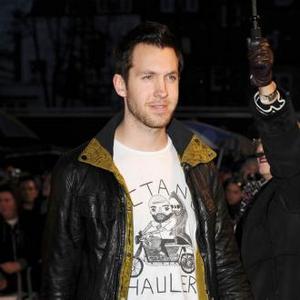 Calvin Harris has joined the line up for iTunes Festival 2012.

The 'We Found Love' DJ will perform at the festival, held at London's Roundhouse venue, on September 15, on the same bill as David Guetta. Between them the superstar DJs have produced huge hits for a catalogue of stars including Nicki Minaj, Chris Brown, Cheryl Cole, Jessie J and Rihanna.

Scottish DJ Calvin recently remixed Florence and the Machine's track 'Spectrum' - currently the number one single in the UK - and will be working with the singer again, as she will provide vocals for his comeback single 'Sweet Nothing', set for release later this year.

Calvin's recent hits have included 'We Found Love' for Rihanna and 'Let's Go' with Ne-Yo and their success has been noticed by rapper Flo Rida - a friend of David's, who worked with him on the tracks 'Club Can't Handle Me' and 'Where Them Girls At' - who is keen to work with him.

Flo said: ''I did a remix of a Calvin track off my own back, like a bootleg, and I'm sure his camp must have heard it by now. Hopefully, Calvin will get the message.''

Others stars to appear at the iTunes festival, which runs throughout September, include One Direction, Ed Sheeran, Jessie J and Mumford And Sons. To register to win tickets, visit www.itunesfestival.com/gb/win