Calvin Harris has been named the highest paid DJ in the world after earning $66 million (£39.8 million) in 12 months, beating off competition from the likes of David Guetta, Tiesto and Avicii. 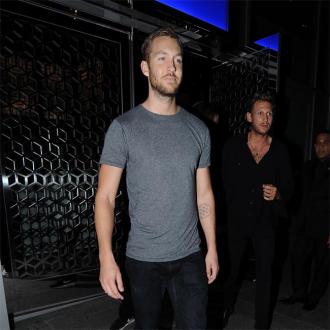 Calvin Harris has been named the highest paid DJ in the world after earning $66 million in 12 months.

The 30-year-old Scot scooped the title for the second consecutive year after topping Forbes' Electronic Cash Kings list with his huge $66 million (£39.8 million) earnings in the past 12 months, $20 million more than he earned to reach the summit last year.

Putting his success partly down to luck, the modest music mixer told Forbes: ''The rise of dance music has been astronomical in the last three years. I happened to be in the right place at the right time.''

Calvin - who has recently split from singer Rita Ora - beat off competition from the likes of David Guetta, who was second on the list with $30 million earnings in the past 12 months.

Tiesto was narrowly behind in third with $28 million after recently ditching his Ibiza residency.

Explaining his decision, he said: ''I've been going there for the last 10 years, it felt there was nothing special. And then I got the offer to play in Las Vegas ... They made me a great proposal, not just the money but also what they're going to do there, the biggest club in the world.''

Avicii tied with Tiesto in joint third place, while the top five was completed by Steve Aoki, son of Benihana founder Rocky Aoki, thanks to his $23 million earnings.