Calvin Harris has beaten the likes of Sia Furler and Coldplay to the title of most successful songwriter of 2012 in the UK, according to a list compiled by Music Week. 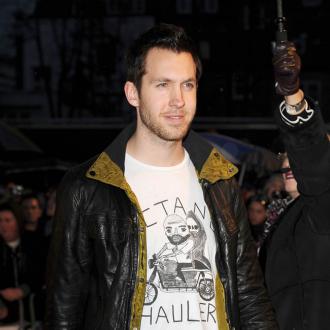 Calvin Harris has been named the most successful UK songwriter of 2012.

The chart-topping DJ's collaborations with the likes of Rihanna, Florence Welch and Cheryl Cole have earned him the title for the second year running, according to a list compiled by Music Week.

The Scottish producer scored a string of hits with Cheryl's 'Call My Name', Rihanna's 'We Found Love' and his own songs 'Let's Go' featuring Ne-Yo, 'We'll Be Coming Back' with Example, and 'Sweet Nothing' featuring Florence Welch.

The magazine revealed there was ''a sizable gap'' between him and runner-up, Australian singer Sia Furler, who came second thanks to her appearance on David Guetta's 'Titanium' and Flo Rida's 'Wild Ones'.

New York band Fun. came third with their popular song 'We Are Young', Swedish duo Carl Falk and Rami Yacoub ranked fourth for their collaboration on big singles by Nicki Minaj and One Direction, while 'Paradise' hitmakers Coldplay were fifth.

The top ten also included Sweden's Shellback, who wrote for Maroon 5 and Taylor Swift, Australian-Belgian singer Gotye, whose track 'Somebody That I Used To Know' was the year's best-selling hit, and 'Gangnam Style' sensation Psy.

Paul Williams, Music Week's head of business analysis, said: ''The mix of so many different nationalities in the top 10 further shows how geographically diverse hit writing has become, with a number one song able to emerge now from virtually anywhere.''

Calvin was also named the top songwriter of 2012 in the US by Billboard magazine.