Calvin Harris has expressed an interest in working with Jennifer Lopez after he approached her at her 47th birthday party over the weekend. 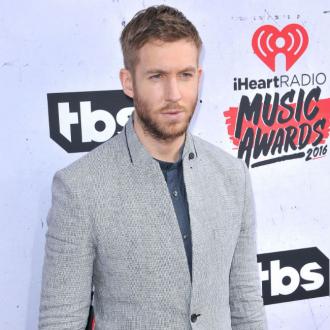 The 32-year-old DJ is reportedly desperate to work with the 'On the Floor' hitmaker and told her he's ''eager'' to get into the studio with her at her 47th birthday party at Caesars Palace in Las Vegas over the weekend.

A source told HollywoodLife.com: ''His main goal of the night was to talk with J.Lo and figure out how they could collab on a future song together. He knows it would be awesome and they would be able to work on it often since they are always in Vegas. He laid the foundation on setting something up and he is very eager to make it happen.''

And now would be a good time for Calvin to work with Jennifer as she secured a new record deal with L.A. Reid's Epic Records - six years after leaving the label - this year.

Jennifer confirmed she has reunited with L.A. by sharing a link to an article announcing the partnership on Twitter.

Meanwhile, the brunette beauty - who was also previously signed to Capitol Records, produced some of her biggest hits when she was first signed to Epic, including 2001 belter 'Play' and 2002's 'Jenny from the Block'.

Jennifer's last studio record was her eighth studio album, 2014's 'A.K.A', which was released on Captiol.

Meanwhile, Calvin has had success with his recent hit 'This Is What You Came For' featuring R&B superstar Rihanna.