Calvin Harris pulled off one of the biggest shows of V Festival 2015 on Sunday night (23.08.15) when he performed career-spanning set featuring his greatest hits. 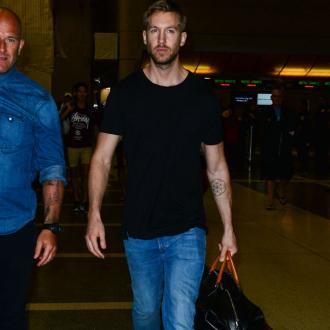 The Scottish superstar DJ pulled in the biggest crowd of the entire weekend on Sunday night (23.08.15) as he drew the festival to a close at Hylands Park in Chelmsford, Essex.

The 'Outside' hitmaker's headline set saw a dazzling firework and pyrotechnics display with several flares thrown throughout.

However, that didn't detract from the music as he played a set list of all his top hits, including 'I Feel So Close', 'I Need Your Love' and 'Outside'.

The 31-year-old producer today (24.08.15) took to Instagram to share a photo of the crowd watching the fireworks during his set with a caption, which read: ''Madness in Chelmsford last night...amazing crowd great festival (sic)''

Earlier in the day Ellie Goulding took to the same stage and wowed festival-goers with her own rendition of Calvin's hit 'Outside', on which she sings.

The 'Love Me Like You Do' hitmaker's McBusted boyfriend Dougie Poynter was spotted leaving the side of the stage immediately after her set as girls in the audience screamed his name.

V Festival 2016 will take place at Hylands Park, Chelmsford and Weston Park, Staffordshire on August 20 and 21 next summer.

For more information and to buy tickets for V Festival's #V21st visit: www.vfestival.com.