Dj Calvin Harris Has Topped The List Of 2015 Forbes' Electronic Cash Kings For The Second Year In A Row. 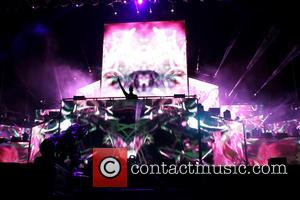 The Scottish dance music star, who is dating another musical rich kid Taylor Swift, earned $66 million (GBP41 million) in the past year thanks to his performance fees and endorsements, almost doubling David Guetta's total of $37 million (GBP23 million), and Tiesto takes the third spot with $36 million (GBP22.5 million).

Skrillex and Steve Aoki tie at number four and Avicii comes in at six.