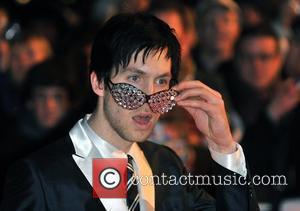 Scottish dance act Calvin Harris has ended Lady GaGa's three-week reign at the top of the U.K. singles chart.
Harris - who topped the British charts last year (08) with Dance Wiv Me - beat GaGa's Poker Face into second spot with new track I'm Not Alone.
Ar Rahman featuring Pussycat Dolls' single Jai Ho (You Are My Destiny) kept its place at number three, and La Roux's In For The Kill climbed three places to number four.
The top five was rounded out by the Noisettes with Don't Upset The Rhythm (Go Baby Go).
In the album charts, there was better news for Lady GaGa - she held on to the number one spot for the second consecutive week with The Fame.
Doves new record Kingdom of Rust debuted at number two, while Kings of Leon fell a place to number three with Only By The Night.