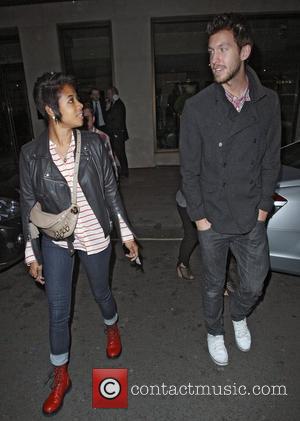 Scottish Dj Calvin Harris has stepped in to replace Duran Duran at Britain's V Festival next month (Aug11) after the band scrapped its summer (11) tour schedule.
Frontman Simon Le Bon has been ordered to rest his damaged vocal cords and undergo therapy in a bid to recover his voice.
They announced the tour axe on Tuesday (05Jul11), with Le Bon saying, "This couldn't have come at a worse time - but I am trying to be philosophical about my recovery as there's nothing else I can do."
Organisers of V Festival, held at twin sites in Staffordshire and Chelmsford in England, have wasted no time in organising a replacement and Harris has now confirmed he will step in to take over.
He says, "I can't wait to perform at V Festival - the crowds are always amazing in both Chelmsford and Stafford. It's going to be a lot of fun."