Taylor Swift And Calvin Harris Have Fuelled Rumours They Are Dating After They Were Caught On Camera Holding Hands At A Concert In Tennessee. 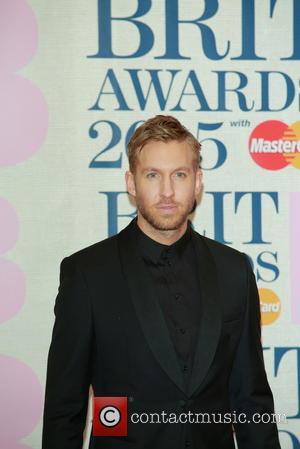 Picture: Calvin Harris - A variety of stars from the music industry were photographed as they arrived at the Brit Awards 2015 which were held at...

Reports of a new romance between the pair surfaced last month (Feb15) when they both attended the BRIT Awards in London, and speculation about Swift's new man increased this week (beg23Mar15) when they were pictured shopping together in Nashville, Tennessee.

The pair attended a Kenny Chesney concert, where Swift was a special guest, in the city on Thursday night (26Mar15) and footage published on TMZ.com shows them walking through the Bridgestone Arena auditorium holding hands.

Pictures on the site also show Scottish DJ Harris wrapping his arm around Swift's waist as they watch the show.