Cameron Diaz might be an odd choice, but let's just go with it. 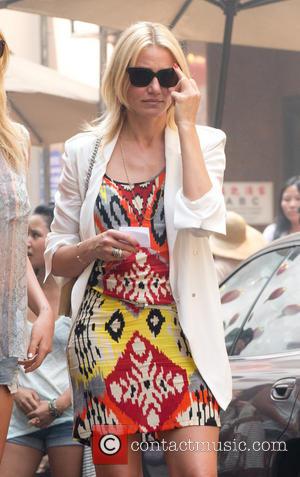 If an Annie movie, produced by Will Smith and Jay-Z and directed by Jay Z sounds a bit strange, wait till you hear this: Cameron Diaz has been cast as Miss Hannigan. According to Deadline, the actress has been selected to play the orphanage matron, who hates children, but loves boozing in a big screen adaptation of the comic strip turned musical. The actress has been showing a sassier (to put it mildly) side in films like Bad Teacher of late, but it’s still a bit difficult to picture her as the vitriolic Miss Hannigan. Diaz is taking on a new challenge with her Annie role.

Diaz will reportedly partner up with Quvenzhane Wallis, who became the youngest Oscar nominee for her role in Beasts of the Southern Wild. Quvenzhane will be portraying Annie, while the role of daddy Warbucks has been handed over to none other than Jamie Foxx. The Oscar-nominated actor is currently knee-deep in promotional efforts for his new movie White House Down, but will presumably begin shooting later this year, since the release date for the Annie movie is set for 2014.

The film will be directed by Will Gluck – he of Easy A and Friends With Benefits fame. Obviously, this movie will be a departure from Gluck’s usual style. Add to that an eclectic (though undoubtedly capable) cast like the one shaping up so far and Annie becomes just about the biggest wildcard on the 2014 movie landscape. For once, Will Gluck [left] will not be directing a romantic comedy.