Cameron Diaz Bonds With Prince Harry In The Gym

Prince Harry and Cameron Diaz have been racing each other on the treadmill at a gym in South Kensington, London. 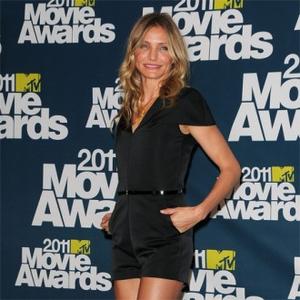 The 38-year-old actress - who is filming new movie 'Gambit' in the UK - has joined an exclusive private fitness studio in London's Kensington district and was amazed to see the third-in-line to the British throne working out next to her - and jumped at the challenge of a race.

"Since first spotting one another and saying hello, they have coincided visits on two further occasions.

"During the second one, they were pounding along on adjacent treadmills and Harry cheekily nudged-up Cameron's speed dial, suggesting a one-kilometre race. Cameron agreed ... and won.

"They have become pretty friendly - Harry even invited his new gym buddy out drinking with him and his chums."

Cameron - who stars in 'Gambit' with Colin Firth - joined the gym to get in shape for the film, in which she plays a rodeo rider but has been unable to work out with her new friend for a while.

The pair last met up more than two weeks ago at the gym - which features a spa, restaurant, media room and library - and the 'Bad Teacher' actress was spotted in Miami on Monday (06.06.11) looking at a property with Alex 'A-Rod' Rodriguez during a flying visit to America for Sunday's (05.06.11) Mtv Movie Awards.

She is set to return to London next week to continue filming 'Gambit'.