Cameron Diaz is dating Benji Madden after being set up by his sister-in-law, Nicole Richie. 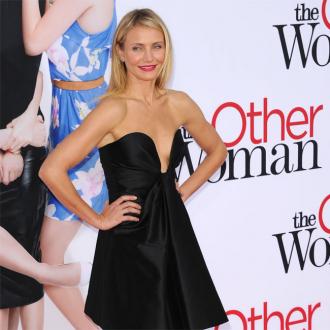 The 'Other Woman' actress was first introduced to the Good Charlotte rocker by her ex-boyfriend Justin Timberlake several years ago, but their relationship recently turned romantic after her close pal and his sister-in-law, Nicole Richie, set them up on a date.

A source told UsMagazine.com: ''It's very new. (They're) just hanging out.''

The 41-year-old actress was spotted driving around Los Angeles with the 35-year-old musician, who once dated Paris Hilton, last week and she was later seen shopping with a huge smile on her face, according to X17Online.com.

Cameron recently admitted she has had a romantic relationship with a woman in the past and insisted she wasn't actively searching for a man to share her life with.