Cameron Diaz loves men ''more than anything'' but has crushes on a number of women, including 'Black Swan' stars Mila Kunis and Natalie Portman. 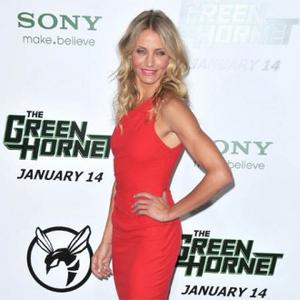 The 'Bad Teacher' actress - who is currently romancing baseball star Alex 'A-Rod' Rodriguez - wishes every guy could find the right woman, and has warned her fellow ladies not to mess up their relationships with "crazy" antics.

She said: "I love men more than anything. I want all men to be happy and have rad women in their lives.

"But guys need women who challenge them and don't let them get away with their s**t. Women, conversely, need to not be crazy bitches who Blow Up when their guys tell them something that scares them."

While Cameron is obsessed with men, she has confessed she has crushes on a number of famous women.

She revealed: "Mila Kunis is a little hottie. Natalie Portman is amazing . and the Victoria's Secret girls!"

Cameron, 38, also spoke of her belief that sexiness comes from within and hit out at women who seek approval from others.

Speaking In America's Maxim magazine in their 2011 Hot 100 list edition - in which she was named the fourth sexiest women in the world - she explained: "Women who know who they are and are confident are the sexiest.

"I don't find women who are looking for people's approval to be sexy. I mean, it's easy to seduce, but to be truly attractive, to bring people in and be sexy, I think that comes from the inside."

While the blonde beauty describes her relationship with Alex as "awesome", she insists she has no plans to marry the sportsman.

She said: "I think we have to make our own rules. I don't think we should live our lives in relationships based off of old traditions that don't suit our world any longer."