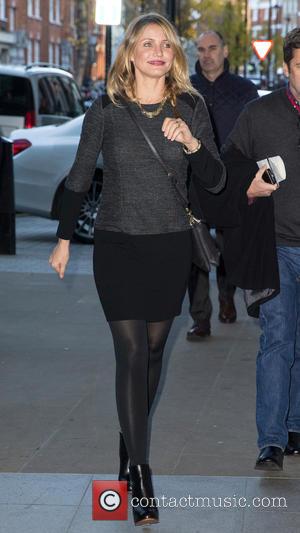 Cameron Diaz flew into a panic at her wedding to Benji Madden when the venue suffered a power cut just minutes before she was due to walk down the aisle, according to a report.

The Hollywood actress wed the musician in a ceremony at the home they share in Beverly Hills, California but Diaz reportedly feared her big moment was about to be spoiled when the house went dark at a key moment.

A source tells Dailymail.co.uk the lights flickered and went out for around 10 seconds and Diaz was heard exclaiming, "S**t, f**k, this is f**ked up. You've got to be f**king kidding me!"

The lights came back on and she was able to walk down the aisle as planned.

However, an insider also reveals the couple's big day suffered another set back when their ring-bearer, Madden's five-year-old nephew Sparrow, son of his brother Joel, made a big slip up.

The source adds, "He dropped the ring and it rolled around. The audience began to chuckle. But as both brothers - groom Benji and best man (his brother) Joel - got on their hands and knees looking for it, the guests broke out into full laughter."