Recent reports suggest that Diaz has turned her back on the movie industry, focussing on her marriage.

She was one of the most recognisable and prestigious actors in the world at the peak of her fame, but Cameron Diaz has now reportedly decided to quit her career, apparently in order to spend more time her husband, Benji Madden.

The 45 year old star, famous for her roles in blockbusters like There’s Something About Mary, The Mask and Charlie’s Angels, tied the knot with her husband back in January 2015. Now, however, she’s “done” with the movie industry and focus on her home life – at least, according to fellow actress Selma Blair.

Speaking to reporters at an Oscars pre-party last week, Blair, who starred with Diaz in the 2002 film The Sweetest Thing, said: “I had lunch with Cameron the other day. We were reminiscing about the film.” Cameron Diaz is reportedly out of the film industry for good

“I would have liked to do a sequel but Cameron’s retired from acting. She’s like ‘I’m done’. I mean, she doesn’t need to make any more films. She has a pretty great life, I don’t know what it would take to bring her back. She’s happy.”

Diaz has not starred in a film since 2014’s Annie, and has reportedly spent most of the subsequent four years rebuffing job offers for new projects, although she has occasionally been in the public eye in promotion of her recent book.

A source close to her told the Daily Star this weekend (March 11th): “Cameron is constantly inundated with film scripts trying to tempt her out of retirement but she’s just not interested. She’s happy, in love and wants to make the most of her freedom and free time.”

Earlier in 2018, a different source had said that she and Madden, formerly a member of Good Charlotte, wanted to start a family.

“She would love more than anything to be a mom. At this point they would be very happy with the miracle of one child. They aren’t really thinking past the first one at this point. They would love to have the chance to be parents.”

More: Cameron Diaz believes sex is something we “need to do” for “many different reasons” [archive] 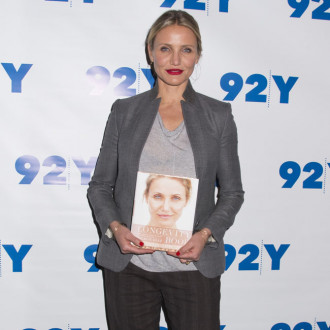