Cameron Diaz To Learn To Survive

Cameron Diaz is set to join Bear Grylls on the next season of 'Born Survivor', the action man has confirmed. 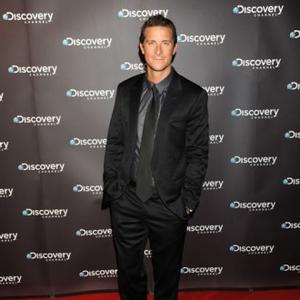 Cameron Diaz is to learn how to survive in the wild.

The 'Bad Teacher' actress has agreed to join Bear Grylls on the next series of his adventure show 'Born Survivor' - which features the action man dropped into inhospitable locations and showing viewers how to endure the experiences - but the pair first need to work out a suitable time in their schedules.

Bear exclusively told Bang Showbiz: "She's agreed to it, which is great. So we're gonna try and do it in due course."

The 38-year-old actress will be following in the footsteps of comedian Will Farrell and also Jake Gyllenhaal, who just accompanied Bear on a trip to Iceland, with the survival expert describing him as the "fittest man in Hollywood".

He joked: "I have a rule not to take anyone who is fitter or better looking than me but I kind of let that slide and ended taking the fittest man in Hollywood."

Bear had to be "less reckless" after promising Jake's sister that he wouldn't take any crazy risks but admitted they still encountered some extreme situations.

He explained: "We hit these crazy storms. They were the worst storms they've had in Iceland in ten years. There was a jumbo jet blown sideways across a runway meanwhile I was up in this mountain with Jake being blown about like tumbleweed.

"For me it's great to take along someone who is really up for it like that and be able to push him as well."

Bear Grylls stars in 'Born Survivor', Mondays at 9pm on Discovery Channel in the UK.