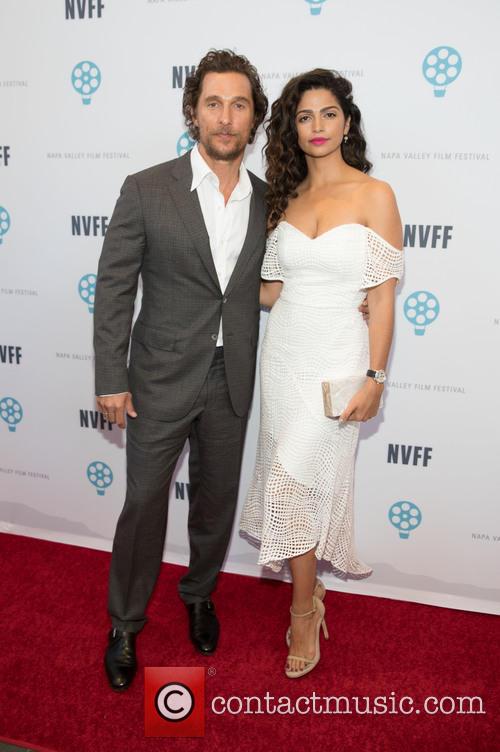 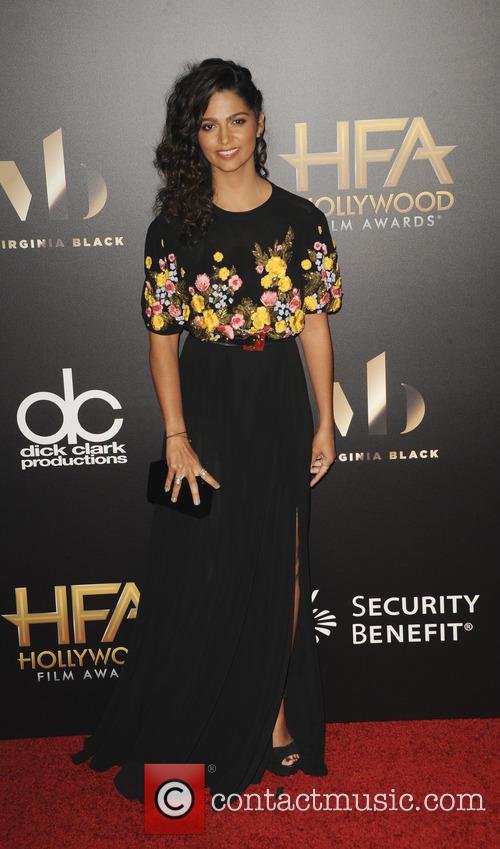 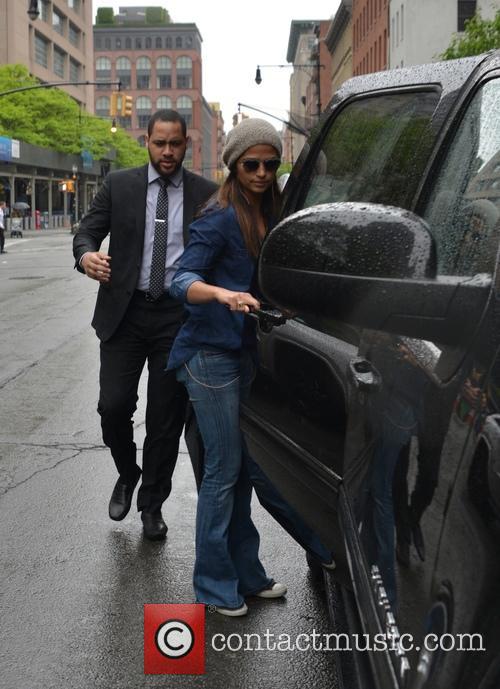 By Victoria Pavlova in Lifestyle / Showbiz on 05 March 2014

Did anyone really need to know that Matthew McConaughey wants to make another baby?

After winning his first Oscar, Matthew Mcconaughey is just about ready to focus on family life again. And what better way to do it than to have another baby, right? McConaughey and wife Camila Alves. Sort of. Maybe. McConaughey and Alves, apparently in a baby-making mood again.

After winning the Best Actor award for Dallas Buyers Club on Sunday, McConaughey and Alves made a brief appearance at the afterparty. Why so brief?

Matthew McConaughey and Jared Leto hit the red carpet ahead of the UK premiere.

Dallas Buyers Club has finally premiered in the UK after months of anticipation, meaning the release of Matthew Mcconaughey's 1980s drama is only just around the corner. It may have been a grey and dismal evening in London but the Dallas cast at least made sure the stars were out. The movie stars McConaughey as electrician and hustler Ron Woodroof who is diagnosed as HIV-positive. The homophobic Woodroof is initially incredulous, as he believes that it's only a disease that gay people can contract. However, he soon realises that his only way to outlive the doctors' predicted 30 day survival for him is to smuggle alternative and unofficial treatments in from Mexico.

By Lauren James in Lifestyle / Showbiz on 15 November 2013

GQ's Man of the Year recalls how he sparked up his acting to get on top form.

Matthew Mcconaughey may have been in show business for two decades but GQ's latest Man of the Year has recently shown that he's far from being on his way out of Hollywood's top roles and accolades. We See Matthew McConaughey At His Peak In 'Dallas Buyers Club.'

The 44 year-old actor can currently be seen starring in Dallas Buyers Club, a movie where he plays a drug addict who becomes infected with AIDS and starts up a drug trafficking business. To play the role of Ron Woodruff, McConaughey was asked to drop 135 pounds and photos taken at the time show a much more emaciated form than the wholesome Texan cowboy fans are used to seeing.

Some of the world's most striking models appeared on the red carpet at the Novak Djokovic Foundation Benefit Dinner in New York City including British supermodel Naomi Campbell and Victoria's Secret Angel Adriana Lima.

Model and wife of actor Matthew McConaughey Camila Alves is seen making a promotional appearance at Macy's Aventura Mall in Miami during some sort of name draw event. She looks stunning in a lacy white long-sleeved dress with her hair styled into some elegant curls.

Top 10 Celebrity Weddings Of 2012: From Nutty Nuptials To Classy Ceremonies

There must have been something in the air this year because we literally had too many celebrity weddings to choose from for this list (sorry Alec Baldwin, you can stop reading now, you got bumped), and it was a tough job whittling it down to 10. So, who DID make the grade in our run-down 2012’s best nuptials?

What was the highlight of actress Amber Tamblyn and actor David Cross’ wedding? Well, sadly, even Tamblyn’s stunning gown couldn’t upstage the antics of their unofficial photographer, Questlove. The happy snapper not only DJ’d at the wedding, but also decided to take a number of pics of the happy couple and stick them on his Instagram account. The Roots drummer revealed pretty much everything from the bride’s arrival, to the cutting of the cake, using the hashtag #weddinginthewoods. So, Amber and David – you just about made the grade, but you have your crazy DJ to thank for it.

Arrivals at the New York premiere of crime thriller 'Killer Joe' included star Matthew Mcconaughey ('Magic Mike') alongside his model wife Camila Alves who is pregnant (clearly!) with their third child as well as his co-star Gina Gershon ('P.S. I Love You') who signs fan autographs and looks stunning in a dark green figure hugging dress that shows off all her assets. Award winning comedy actress Roseanne Barr also made an appearance.

Gershon told Vanity Fair that she was left with 'tiger marks' on her back after shooting a scene involving a violent altercation between her character and McConaughey's. He pleaded his innocence and insisted, 'I wasn't trying to kill her, I would never try to kill her. We were just teaching a lesson.' 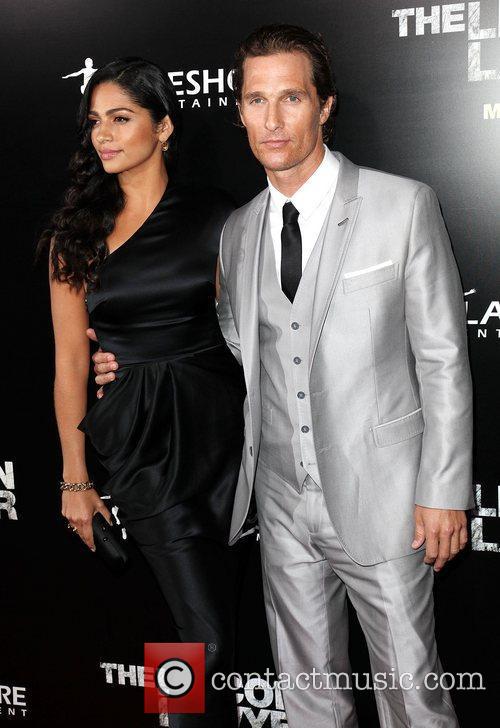 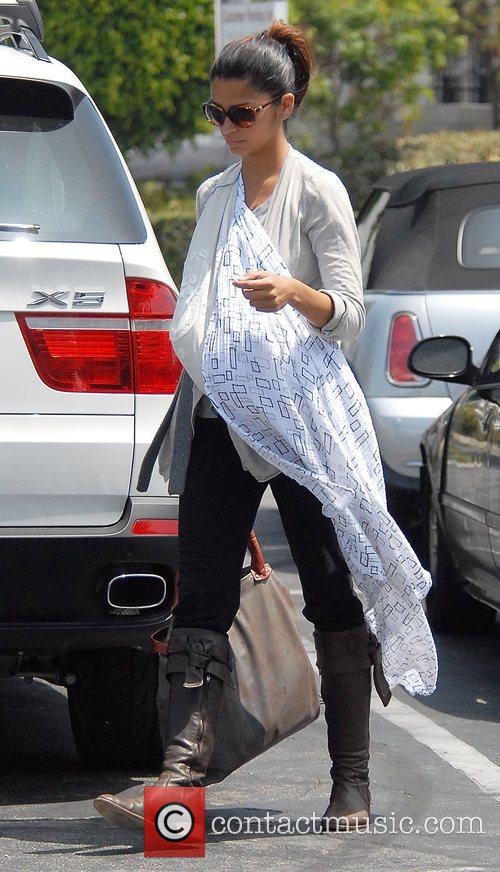 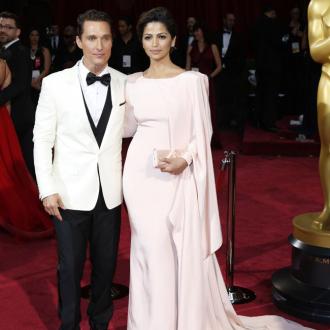 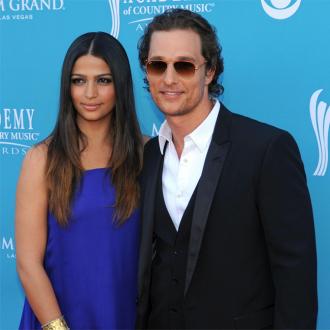 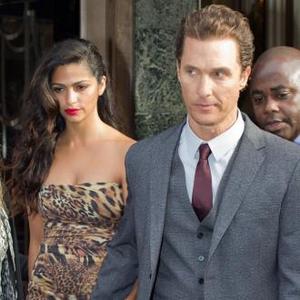 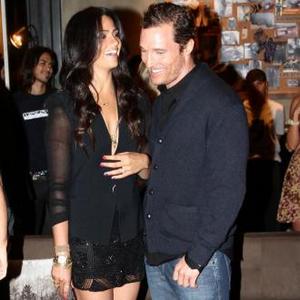