Camila Cabello has confessed she is ''very excited'' about having nearly finished her debut solo album. 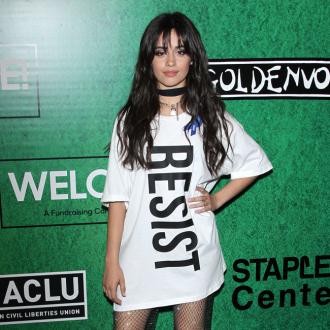 Camila Cabello is ''very excited'' about having nearly finished her debut solo album.

The 'Crying In The Club' hitmaker is currently working on her first LP since leaving Fifth Harmony and has revealed it is already in the ''mixing stages''.

She said: ''I'm working on my album right now. It's actually in the mixing stages and it's almost finished, so I'm very excited about that.''

Asked what she loves most about music, she added: ''That I have a tangible representation of what I was feeling at that moment. It's kind of like a sonic snapshot of that moment, of that time. And that's really cool because you can look back on it and be like, 'Oh, that's what that felt like' or remembering when you made it and what inspired you to make it. That's really fun.''

And Camila, 20, loves the close bond she has with her fans on her social media accounts and says she understands where they come from because she has been a fan herself.

She told Teen Vogue magazine: ''I have a really intimate, personal relationship with my fans. They're really the only reason I like social media. If not for them, I would probably quit and never use it. I try to keep in touch with them as much as possible because they support me so much.

''I've been a fan of artists too, and so I know how much it means to people when you get noticed or when somebody is like, 'I love you too - thanks so much for supporting me.' I think it's all about showing gratitude and appreciation because I know they do so much for me.''