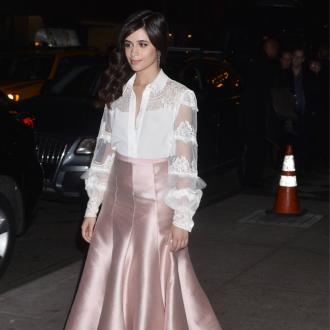 Despite her chart success, Camila recently revealed she likes to spend her free time pretending she isn't famous.

The brunette beauty said: ''I do like to forget that I'm a singer or somebody that's famous. In LA, it was hard to have people just look at me as a 20-year-old kid. It was like I didn't really have a life outside of the studio.''

Camila has many life goals that don't involve music at all, and has revealed she hopes to spend some time living in Spain in the future.

She said: ''I want to be able to go to Italy, to live in Spain for a few years. I want to go to New York and get my apartment, and I want to fall in love. I really do want to live. I just want to be a kid sometimes.''

However, Camila also admitted she has a crush on someone all the time.

But the singer's jam-packed work schedule makes it tough for her to find love.

She shared: ''The way that I have worked makes it hard on relationships, on friendships, even health. I always have a crush on somebody. It's just how I am! It's boring without that. A girl's gotta daydream!''