A remake of the jewel-encrusted brassiere, worn by Candice Swanepoel at the Victoria's Secret Fashion Show in October, is being sold for a more affordable $295. 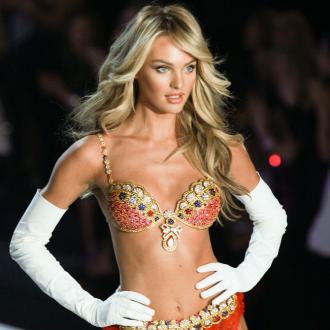 Victoria's Secret is selling a replica of the $10 million Royal Fantasy Bra.

The jewel-encrusted brassiere, worn by model Candice Swanepoel at the lingerie retailer's annual fashion show in October, cost a staggering $10 million but a similar design can now be snapped up by shoppers for a more affordable $295.

The skimpy piece designed by jeweller Mouawad featured precious gems such as diamonds, yellow sapphires and a stunning 52-carat ruby that hung from the centre, but the retail version has been simplified and is simply embellished with rhinestones.

For women wondering what to wear with the glittery push-up bra, the brand has also created a pair of jewelled knickers to match, at a cost of $58.

Shoppers eager to purchase the dazzling creation will have to act quickly as collection only 1,000 replicas have been produced for the limited edition collection.

This is the first time Victoria's Secret has attempted to create an affordable version of their Fantasy Bra.

Other creations featured in their famed fashion show include the $2.5 million Floral Fantasy Bra worn by model Alessandra Ambrosio last year and the 18-karat white and yellow gold Fantasy Treasure Bra worn by Miranda Kerr in 2011.

The most expensive Fantasy Bra to date was worn by supermodel Gisele Bunchen in 2000. The one-of-a-kind bra featured 300 carats of Thai rubies stitched onto red satin and is listed in the 'Guinness Book of World Records'.