Terence Malick's 'The Tree of Life' starring Brad Pitt and Sean Penn has won the Palme d'Or at the 64th Cannes Film Festival. 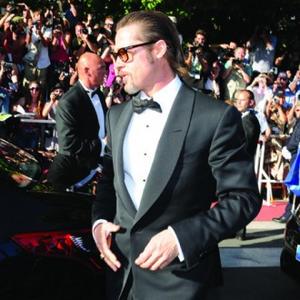 'The Tree Of Life' has been awarded the Palme d'Or at this year's 64th Cannes Film Festival.

The Terence Malick movie - starring Brad Pitt and Sean Penn - picked up the top prize at the closing ceremony last night (22.05.11) after receiving the majority of votes from the jury led by Robert De Niro and including Uma Thurman and Jude Law, despite being booed by a section of the crowd at its first screening.

Although it was not a unanimous choice, Robert revealed the film had the backing of the majority of the jury.

He said: "It had the size, the importance, the intention, whatever you want to call it, that seemed to fit the prize. Most of us felt the movie was terrific."

Kirsten Dunst received the Best Actress honour for her role in 'Melancholia' directed by shamed filmmaker Lars Von Triers who was banned from the festival for sympathizing with Hitler and the Nazis.

Other winners included Best Director for Nicolas Winding Refn for the Ryan Gosling movie 'Drive', Best Actor to Jean Dujardin for his turn in 'The Artist', while the Dardennes Brothers and Nuri Bilge Ceylan shared the Grand Prix for their films, 'The Kid With A Bike' and 'Once Upon A Time In Anatolia'.

The Jury Prize went to 'Polisse', while the Camera D'Or - for best first film - went to 'Las Acacias'.

Full list of winners for the 64th Cannes Film Festival

Grand Prize: Shared between 'The Kid with the Bike' by Jean-Pierre and Luc Dardenne (Belgium) and 'Once Upon a Time in Anatolia' by Nuri Bilge Ceylan (Turkey)