After months of speculation, the 21 year-old model discusses her sexuality: "I just think it would be a lie to pretend that I'm not having a good time." 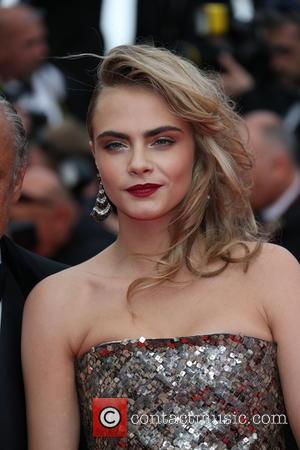 Cara Delevingne has finally decided to set the record straight on her sexuality.

The British model has been subjected to months of speculation on if she is gay or not, mainly due to her relationship with actress Michelle Rodriguez.

It is only in this past week that Delevingne spoke candidly about her sexual preference in an interview with the Telegraph.

When the 21 year-old was promptly asked about her sexuality, she replied, "What do I think? I think people shouldn't be scared of that."

"I'm young, I'm having fun, I don't want to pretend to be something I'm not. So I don't really care on that matter," Delevingne continued.

Delevingne wasn't shy to publically show her affection for Rodriguez this past January, which is when the speculation began, the two stars taking part in silly antics while getting very close at courtside at the New York Knicks game.

"The funny thing is, I always used to have more guy friends," The runway beauty said. "At school, I was a tomboy and it would be me and all my guy friends. But now. I don't know. It's kind of changed quite a bit."

"I don't meet men now who just want to be my friend," she explained. "It doesn't really happen that much. They're just shallow like that. Unless it's one of my girlfriend's boyfriends, most guys are not like, 'Oh, we should just be mates.' I think it's harder to become friends with guys because guys just want to have sex with you."

It is believed that Cara's relationship with the 'Fast & Furious' actress is over. Cara admits to having more female friends than male