Cara Delevingne: I want to be a Bond girl

Supermodel Cara Delevingne has revealed she wants to star alongside 007 hunk Daniel Craig in the next James Bond film. 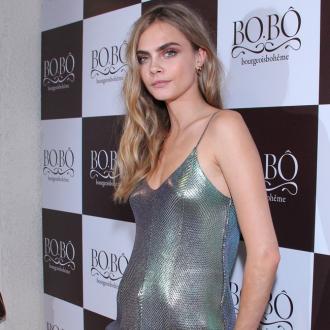 The 21-year-old model, who has launched an acting career, says she would love to star alongside 007 hunk Daniel Craig in the spy films and is ready for the call for the next instalment.

She told the Daily Mail newspaper: ''A Bond girl would be fun. Are you kidding?! I'd do it.''

After smaller acting parts in 'Anna Karenina' and 'Kids In Love', Cara was in Italy on Thursday night (07.11.13) to prepare for her biggest role to date.

Cara will play young English woman Melanie in new film 'The Face of An Angel', in which she will star alongside 'Rush' star Daniel Bruhl and 'Total Recall' actress Kate Beckinsale.

She met her castmates in Siena for a read through of the script, in which her character meets filmmaker Thomas (played by Daniel), who is going through a mid-life crisis as he prepares to make a picture about the murder of a British student in Tuscany.

Cara said: ''The idea I had of her is that she's like me and a lot of my friends who are 21, and travelling around Europe.''

And Cara enjoys the discipline of her new profession so much, she even enjoys going to auditions.

She said: ''Even for scripts that aren't very good. If I'm honest, I don't care what it is. It's an opportunity to learn. I wouldn't turn anything down. It's all good experience.''

The catwalk superstar said she is also taking an Italian cultural course, adding: ''This part is a perfect excuse to learn Italian. I've picked up very little, but I'd like to learn more.''