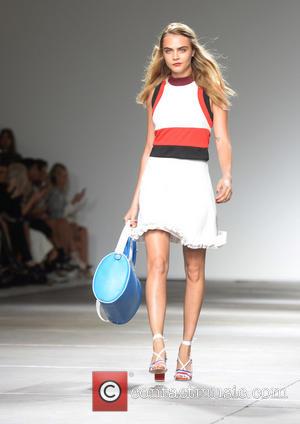 British supermodel Cara Delevingne has landed her first role as a leading lady on the big screen in the forthcoming film adaptation of hit novel Paper Towns.

The runway beauty, who made her acting debut in 2012's Anna Karenina, has been tapped to portray Margo in the movie mystery, which is based on author John Green's 2008 book. The story follows two childhood pals, played by Delevingne and Nat Wolff, who embark on a revenge mission only for Margo to go missing days later.

Josh Boone, who also directed the recent film version of Green's teenage cancer novel The Fault in Our Stars, will take charge of the project, which is scheduled for release in July, 2015.

Delevingne previously landed small roles in new thriller The Face of an Angel and upcoming Johnny Depp film London Fields, while she is also in talks to star John Stamos' Beach Boys musical All Summer Long.