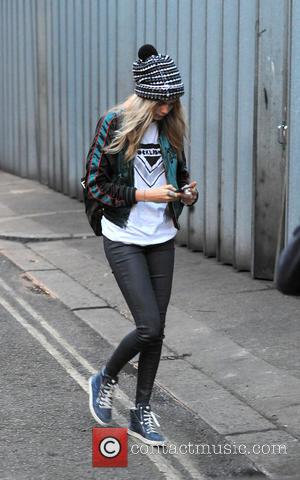 British supermodel Cara Delevingne initially refused to watch her starring role in Tv movie Timeless because she was convinced her acting was "horrible".

The catwalk beauty, who made her acting debut in 2012 movie Anna Karenina, landed a leading role in Timeless, in which she plays a young woman forced to look after her great-grandmother.

However, Delevingne could not bring herself to watch her star turn, telling Seven Days magazine, "I couldn't watch Timeless at first - I couldn't let anyone watch it, I couldn't hear it or see it, it was horrible!

"When you watch your own stuff, you can't get past your own performance... It's the same with modelling photos. I'm very critical of myself so I hate to look at my stuff but then you always want to improve. I managed to watch it in the end."

Later this year (14), the model will be seen in psychological thriller The Face of an Angel, indie film Kids in Love and drama London Fields.