Cara Delevingne is planning to write an autobiography about her childhood. 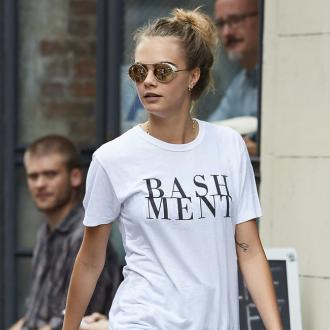 Cara Delevingne is writing an autobiography.

The 22-year-old model is keen to pen a book about her childhood memories and even carries a pen and notepad around with her so she can jot down some notes when a thought suddenly comes into her mind.

A source said: ''Cara wants to document her life before she became famous. She's not interested in writing about her meteoric rise in the fashion world. Instead she hopes to go into detail about her younger years.''

However, it is not thought Cara's former love interests Michelle Rodriguez and Harry Styles will feature in the book as she's keen for it to be filled with just ''weird thoughts and anecdotes'' and early memories.

A source explained to the Daily Star newspaper: ''She doesn't want to include any big revelations. It'll just be a collection of weird thoughts and anecdotes.''

Meanwhile, not only is Cara adding an autobiography to her lifetime achievements, she's also just launched her music career in a ''dive'' pub in New York.

The star was joined by Zoe Kravitz - the daughter of the legendary rocker Lenny Kravitz - as she performed her first ever solo gig in the small establishment.