The models say they're often approached for snaps by fans while using the ladies loos.

Cara Delevingne and Kate Moss have said they're tired of being cornered for selfies when they're using the bathroom. Both models appear in the new campaign for Mango and sat down with The Sunday Times' Style magazine this weekend, where they discussed being asked for pics at inappropriate times. 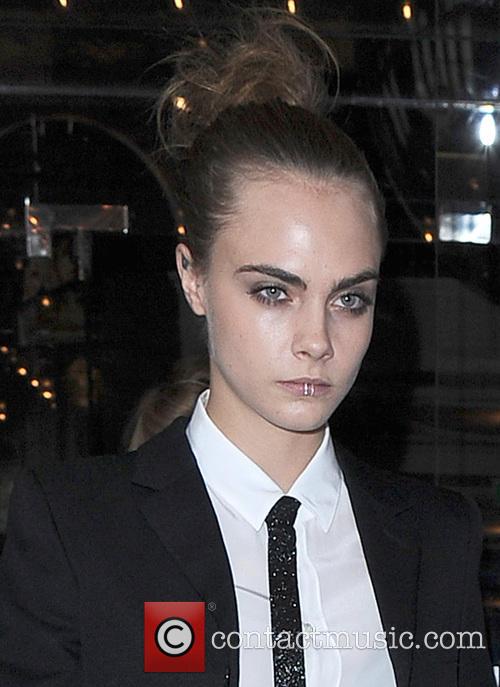 Cara told the magazine, ”I've had it when I've been in a toilet cubicle and someone's gone, 'Can I get a picture?' I'm wiping my bum!"

Kate then chimed in with her own experiences of toilet selfies, "Oh yes, me too,” Moss added. “They follow you into the toilets, because then they know they've got you. Like I'm going to do a selfie in a toilet!"

The two models have forged a close bond in recent years, with Moss acting like a mentor to Delevingne. Speaking at the Women In The World event in London on Friday, Delevingne revealed how it was Moss who helped when she was battling skin condition psoriasis.

More: Cara Delevingne Hits Back At Richard Madden After He Calls Her 'Ungrateful' And ‘Unprofessional'

“I felt disconnected from myself, but my agency simply shoved me into a doctor’s surgery, where I got cortisone shots, but – in reality – I wanted someone to stop me, but nobody did,” the model said. “I never felt like I was good enough, that I deserved success. I felt like I was living somebody else’s dream.”

“Kate Moss saved me – she stepped in and picked me up off the floor at a stressful time.” Delevingne added that she then found yoga and never looked back. The 23 year old said she now practices yoga every day with her tutor and feels its made her ‘evolve as a person’.