Is The World Ready For A Rita Ora, Cara Delevingne Duet?

Rumour has it the model's gearing up for a pop career 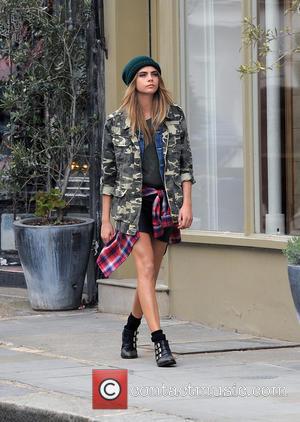 Cara Delevingne is trying to follow in the footsteps of her bezzie mate Rita Ora, it seems. Not content with being the queen of the fashion industry right now, the model is reportedly recording an album, too. Now, if that makes you cringe in horror (we did), then you may be reassured by the news that the leggy blonde apparently has a decent set of pipes on her.

A report in the Sun reveals “Cara’s singing voice is a lot better than anyone will expect. She started sessions in LA this month and has already played Rita a few of the songs she’s come up with. She has a first single ready to go that she is considering releasing online soon. Cara is lucky that in her friendship group she has loads of mates in the music industry. Rita has promised to head into the studio with her so they can record together. They want to create a fun pop track together.” Of course, models and music stars have long enjoyed a symbiotic relationship though they’re usually at their best when they’re prancing around in the videos doing what models doing best. When they try to cross the threshold themselves, it doesn’t always work out so well (Naomi Campbell, we’re looking at you here).

According to The Sun, Cara’s not just stopping at the music industry either; her quest for world domination appears to encompass the movie world, too and she’s reportedly been in talks with directors about landing a screen role. Cara Delevingne: she's bezzie mates with Rita Ora and about to launch a pop career