Cardi B has admitted she acted like a ''weirdo'' when she met Jennifer Lopez. 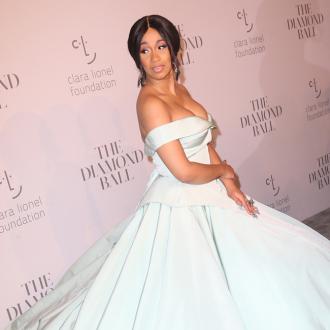 Cardi B acted like a ''weirdo'' when she met Jennifer Lopez.

The 'Bodak Yellow' hitmaker is amazed at how much her life has changed since she found mainstream success and is stunned to have met people she admires backstage at events.

Discussing her meeting with the 'On the Floor' singer, she said: ''I just kept acting like a f***ing weirdo, but I think she understands.

The 25-year-old singer admitted she sometimes gets a ''little discouraged'' when she hears what her record company bosses and people around her are predicting for her in the coming months.

''Sometimes I get a little discouraged, and I wonder how it is going to be next year, but it seems like everybody already predicting where I'm gonna be next year, and it's just like fucking farther than my asshole.''

But one way in which Cardi - whose real name is Belcalis Almanzar - finds her self-esteem again is by listening to 'Bodak Yellow'.

She said: ''It makes you feel like a bad bitch. It gives you this self-esteem.

And the rapper admits she gets frustrated when people try and ''discredit'' her success and are seemingly waiting for her to fail.

She told New York magazine: ''I hate that people are trying to make excuses as to why it went Number one. You know why?

''Because every time you hear it, your p***y pops. Your d**k, it get up. Stop trying to discredit it.

''Music never felt like a job. Now it's just like people waiting to see if I fail. I just want to be an artist, I don't want to be no fucking queen. I wanna hear myself everywhere. I would do f***ing elevator music.''

Cardi B congratulates lesser-known artists ahead of Grammy Awards

Cardi B suffers nightmares about her school days