Actress Carey Mulligan Has Confirmed Rumours She Has Given Birth To A Baby Girl. 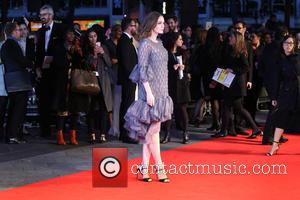 The Great Gatsby star delivered her first child with her rocker husband Marcus Mumford last month (Sep15). She has not made her daughter's name public.

Mulligan was rumoured to be pregnant earlier this year (15) but she did not confirmed the report and was not pictured sporting a baby bump.

Earlier this week (beg05Oct15), she attended the London premiere of her new movie Suffragette and sparked speculation she had given birth as she was clearly not with-child.

Now the actress has finally ended the rumours and confirmed she is a new mother.