Carey Mulligan admits she always wanted to act alongside her 'The Great Gatsby' co-star Leonardo Dicaprio, citing the experience as a childhood dream for her. 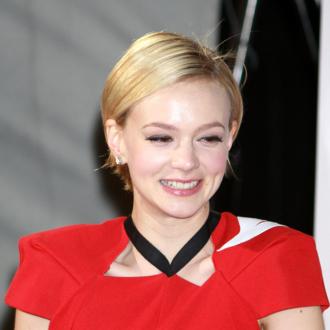 The 27-year-old actress and Hollywood actor portray Daisy Buchanan and Jay Gatsby in Baz Luhrman's big-screen adaptation of F. Scott Fitzgerald's iconic novel and Carey admits rather than being besotted with her co-star's good looks when she was younger, she instead dreamed of appearing with him in a film.

She said: ''I didn't do posters [of male actors]. I think I decided at 12 years old that I wanted to act with Leonardo DiCaprio. I didn't see him as a pin-up.

''I know! Pipe dreams! But seriously, I couldn't imagine in what world I would end up acting in a film with Leonardo DiCaprio.''

Carey remembers how nervous she was when she bumped into Luhrman shortly after her audition for the part and was left embarrassed after feeling the effects of a martini cocktail while talking to him.

She recalled: ''I'd had a martini. And you know, one martini is enough for me. He came over, and we chatted. And I'm thinking: Is my face red? Am I being articulate?'

''He gave me this whole speech, 'Well you know, Carey, I'm a scientist ... ' And he's talking in this really poetic, cryptic language. I was like, am I drunk or are you not making and sense?''