Carey Mulligan not a beautiful character?

Carey Mulligan never aimed to play ''beautiful'' characters, such as the glamorous Daisy Buchanan in 'The Great Gatsby'. 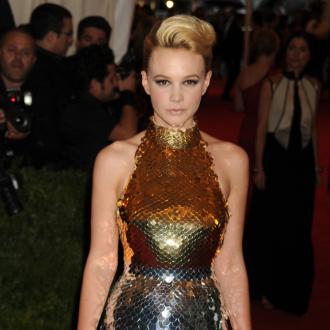 The 27-year-old portrays Daisy Buchanan in the big-screen adaptation of F. Scott Fitzgerald's 'The Great Gatsby' and found herself in awe of the stunning costumes.

''Like, in the first scene, I'm wearing a ball gown. In the book, I think it's just described as a white dress but they thought it'd be fun for Daisy to wear a ball gown for no reason, in the middle of the day - just because she can.

''I was wearing millions of dollars' worth of diamonds. I've never worn anything that expensive before.''

The blonde beauty was also overwhelmed by the detail put into director Baz Luhrmann's feature and felt as though she'd stepped back in time when entering the period-themed set.

She added: ''It had this old Hollywood feel from the start and the details were impeccable. All the wallpaper was hand painted.

''I walked into a party scene and there were 400 people dressed in 20s clothing, going crazy. That was something I'd never, ever seen before.''