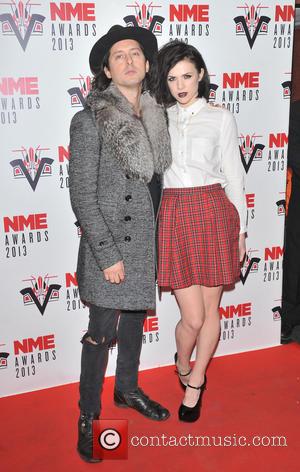 British rocker Carl Barat has spoken out about his battle with depression, revealing he turned to therapy to help him face his problems.

The former Libertines star spent years struggling to cope with his emotions before eventually realising he was suffering from depression.

He tells Britain's NME magazine, "I was deeply depressive and unhappy for years. My sister was probably the first person that helped me, about 10 years ago. She suffered from it for a bit as well. We were able to unravel it and talk about it together, thrashing it out. By helping her out, I saw the similarities between the two of us. It was only recently that I realised it was depression - I'd spent years just being tortured and brooding."

Barat admits he plunged into a downward spiral of substance abuse to numb his pain, but turned his life around by talking about his problems with friends, family and a therapist.

He adds, "The first time I went to therapy, I was told to go and sort myself out as I was just out of it. I was drinking and taking drugs at a sort of suicidal level, and it was my best and wisest friends who could really spot that. They'd say, 'You've got to get some help. You've got a choice of living life like this or not.' My managers have been good, too. They've all set me up with somebody different (to chat to), and someone talking to you is really helpful - otherwise, I would have met a sticky end a long time ago, for sure."