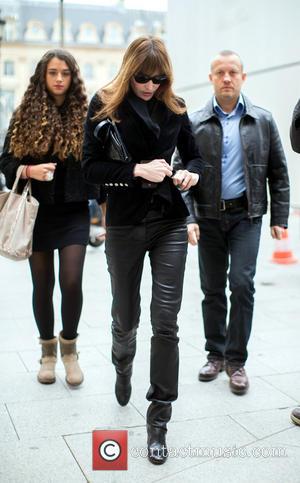 Model/singer Carla Bruni is adding radio presenter to her resume after landing her own show for the Bbc.

The former French First Lady, who is married to Nicolas Sarkozy, will host Carla Bruni's Postcards From Paris on Britain's Bbc Radio 2 in May (14).

During the three-part show, Bruni will share songs by some her favourite artists, including Edith Piaf and Francoise Hardy, and stories about her hometown.

She isn't the only star joining the Bbc radio line-up - Scissor Sisters member Ana Matronic and British actress Sheila Hancock will also present segments as part of a series of shows by women from the world of music and the stage.

Bruni Is France's Most Annoying Star