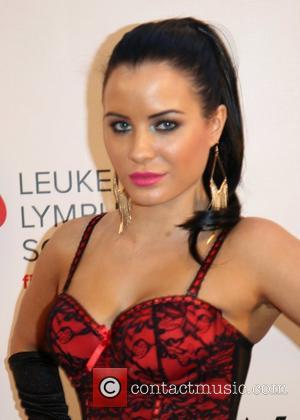 Playboy model Carla Howe has blasted reports suggesting she is set to cash in on her one-night fling with rapper Wiz Khalifa by selling off a sex tape the pair allegedly made.

However, Howe insists the rumours are false and she has no intention of making the X-rated video public.

Slamming the claims as "daily media bulls**t" in a post on Instagram.com, she writes, "I'm not releasing no tape (sic) I can make more $ (money) through my own modeling (sic) career. Don't need to cash in on a tape which was made for private viewing and no intention for public viewing."

Howe previously teased fans about the hook up by sharing topless photos of herself with Khalifa online.

The hip-hop star has been living up his bachelor status since splitting from wife Amber Rose in September (14) amid allegations of his infidelity.

He and Howe first met while shooting his 2012 movie Mac & Devin Go to High School.